Time to get serious

This year, when walking the Fira’s crowded halls, I was imagining the petulant 80’s tennis star, John McEnroe, facing down exhibitors with his trade mark rant, ‘You can’t be serious?’

Well, this year MWC had a distinctly serious vibe.

Sure, there were some playful nods, here and there. Like sticking your head up in a cloud, that frankly, looked more like a papier-mâché boulder. Although, the experience did make me smile. I just struggle to remember who they are or what they do. Come back to this later.

And, the GSMA did add a lighter touch with the mash-up of cartoon characters showing off their dance-moves.

Taken en masse, the Las Vegas theme park vibe, of previous MWCs, had been exorcised. I am not saying that’s right or wrong. It’s simply the take-out. Even the ultimate ring-leader, Samsung, had pushed the virtual roller-coaster into the shadows.

This year the message was ‘Get serious’. Clearly, a lot is riding on convincing operators and the architects of a better world, that 5G and a hyper-connected, AI-driven life, merits the massive investment.

Some brands, like Nokia, made a compelling business case.

Before I reveal who caught my attention this year, it suffices to say, the accent was on doing this year. Making IoT and connected life a reality. It was evident everywhere you looked.

Ericsson (which I thought was a tad austere) got the message across with, ‘Welcome to the do zone’. SAP with ‘Turn thinking into doing’. IBM’s, ‘You can with IBM’. DELL, ‘Let’s make it real’.

Even ZTE, who in previous years has had a high-octane, lights on full-beam, futuristic vibe, toned things down. They looked more like an accountancy firm in the KPMG-mould, with a narrative rooted in the here and now. I thought it was a smart move on ZTE’s part. They came across as less plastic, less brash. They were more serious, more down to earth. More ‘do’ than just vision.

Although, you could have swapped ZTE’s logo for Cisco’s. Differentiation remains an issue. Especially given Cisco needs to find its mojo. Cisco comes as across as grey, not in just colour but philosophy. It still feels like a box company, in an increasingly software-defined world of ML and AI, people, ideas and data.

So, who inspired me this year?

I was looking for who made a positive and relevant impact.

Nokia takes the top prize. The smart-city theme provided the backdrop for a comprehensive story about the opportunities the connected world offers. It was holistic. Approachable. Warm! Gone was the reliance on Scandinavian styling, which for all its merits – like simplicity, nature and modernism – the Scandi-cues can be a double-edged sword. Too often those cues produce a cold, clinical, aloof image.

This time, the narrative was clear, cohesive, warm and optimistic. And, inclusive. You didn’t need a private invitation to the VIP hospitality suite to feel part of Nokia's world.

An operator touring Nokia’s booth could come away with a wealth of ideas that brings the 5G world and, importantly, consumer closer. Whether it was things like a smart-WiFi device for the home, that enables an operator to become (remotely) the consumer’s in-home IT department or, remotely controlled robotics with touch-sensitivity, there was an abundance of relevant innovations. It was friendly. Human.

I am genuinely not alone thinking that. Everyone I asked when walking the show, spontaneously mentioned Nokia as their most memorable experience. Tick.

Next up. I’d need to toss a coin between SAP and IBM. I’ll give it to SAP. Not because the design is revolutionary, though it is consistent, globally. It’s always recognisable. SAP, because they did what most businesses struggle to do. They elevated the conversation beyond technology.

SAP focused on inspiring narratives about human empowerment, inclusiveness, equality and creating a better world. And, they walked the talk.

On the SAP booth, there were smartly dressed, super-friendly, staff who have Down's Syndrome, scanning badges. Genius. Even as a visitor walking their booth, staff made you feel included. There were well-grounded, heart-felt seminars on women in the workplace and equality. The experience was infused with warmth and optimism.

IBM: the last few years IBM has upped their game at MWC. This year was no exception. IBM looked modern and serious about making the connected world a reality. The technology was used creatively but not frivolously, to convey their ‘Can do’ message. There was a sense of purpose. Last year the architecture was captivating. This year the focus was on rich-content.

The only features on the IBM booth I struggled with, although they created breathing space, in an otherwise busy booth, were the LED walls. They provided a canvas for their narrative. However, the stories jumped about too much, to be remembered.

More significantly, LED up-close produces that uncomfortable feeling you get when too close to static-electricity. You could see visitors standing back in those areas. That aside, IBM was stylish, engaging and content-rich.

Lenovo: Great demos. Though branding-wise, Lenovo was confusing. The competition between the Lenovo brand and Motorola (which they acquired some years ago) was like a watching a heavyweight boxing match, with no winner. Blend in all the product branding and messaging, the booth was cluttered. There were a lot of messages competing for your attention. 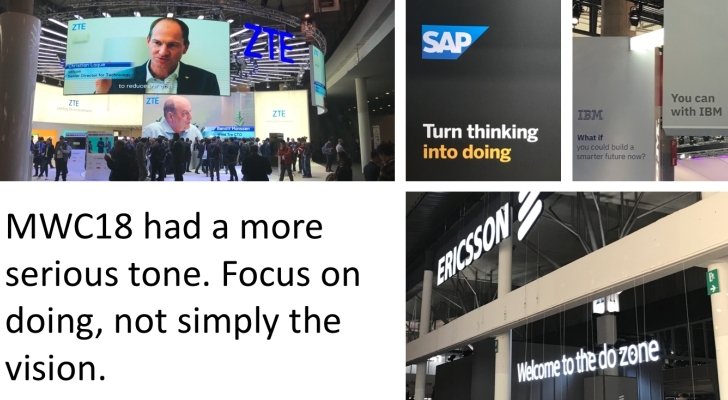 However, Lenovo was still one of the best visitor experiences. After Nokia, at the demo level, the Lenovo / Motorola booth was engaging. It fed your curiosity with new ideas. The staff were friendly and well-rehearsed. It was a bit crowded because Lenovo (or is it Motorola?) had a lot to show-case.

Google-Android. It wasn’t Android’s year weather-wise. I know they have various booths and experiences, indoors and out. The external Android-strip, between halls 2 and 3, is typically a playful and eclectic expression of the brand. This year was no exception. However, the outdoor location benefits from the kinder weather. Snow and rain sucked out some energy from the experience. However, the displays clearly communicated Google-Android’s vast eco-system.

What Google and Android get right, and again, very few exhibitors do, is gender equality. Too many exhibitors still have women doing the meet and greet, or relegated to serving coffee. At Google, the gals and guys, all appear equal. And when the sun did peak from behind the clouds, the chemistry between them rocked.

A few final mentions: SEAT was stylish and moved beyond the tech to imply a world of culture – a new lifestyle. It was uncluttered.

BMW was in a poor location, but the experience was pure, sleek BMW. It positioned them as a future-thinking player in mobility. The design was a bit clinical. But that's BMW. The ‘Joy’ campaign never quite worked for BMW, culturally. BMW struggles with human narratives.

Mercedes had an attractive booth, borrowing from decades of motor show experience… nothing works quite like a concept car! However, it was a victim of its own success. The booth was overwhelmed, morning to dusk, with visitors. However, there’s no escaping, the solutions showcased attracted attention and created photo opportunities – perfect for social media.

And what about that giant boulder? Sorry, I mean ‘giant cloud’. A fun idea. You walked up a few steps and your head popped up in the cloud, often facing another visitor.

It could have been a great opportunity to say something about the company, or get strangers to talk to each other. However, instead, it was literally all about a few bird cut-outs and infinity mirrors. It was clever because there was, in theory, an opportunity to get the visitors to engage. Instead, it was simply a novelty.

One solution might have been to have someone in the cloud from the company. They could have greeted the visitor with an elevator pitch or a fun, curious question about their messaging habits. The boulder-cloud was something to do with messaging. I only recall that because I reviewed the photo more closely, when writing this blog.

Learnings: I come back to Nokia’s booth. Have a holistic narrative. Keep it human, warm and inviting, and not simply about the tech.

The small print: when I write this annual critique, I purposefully don’t mention or actively praise Shelton Fleming Group’s work. We do have happy clients at MWC. However, it would be too partisan to spin them in for mere publicity. For example, Nokia is a client. We produced some content in the VIP area for a division. However, the Nokia booth was shaped by their brand team and brand agency, and delivered by a well-respected contractor. The Nokia booth design and build had nothing to do with Shelton Fleming. If I’ve tipped my hat to them this year it’s because I genuinely think they inspired. If you read last year’s blog, I didn’t tip my hat to them. So, the views expressed in this blog are intended to be fair. My observations are based on consulting a wide range of visitors (50+) as well as colleagues and drawing on 20 years of attendance at MWC. 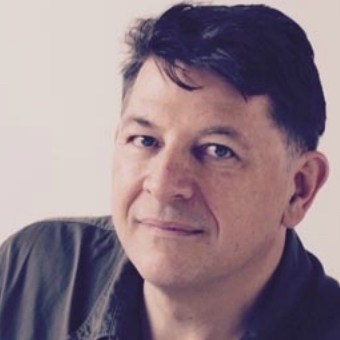 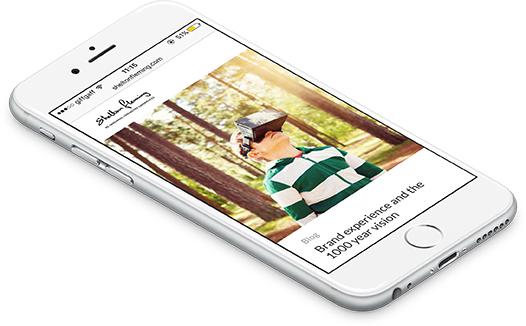